The Mystical Ferryboat & Other Stories 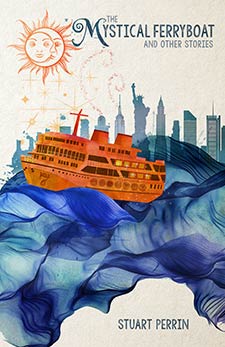 The Mystical Ferryboat & Other Stories (2018) is an anthology of three important early works in one volume.

Peter S. has been convicted of murder and is on death row. He befriends a volunteer spiritual teacher and gives him a manuscript that he wrote called “The Mystical Ferryboat”, a fantasy trip on a ferryboat that circles Manhattan Island. Within the Ferryboat are seven chambers that only a select few can enter, and each of these chambers is a manifestation of one of the prime energy centers in a human being.

The narrative moves from the past to the present and reveals the incredible relationship that can exist between a spiritual teacher and his disciple. The book is almost allegorical: a plane takes off on a clear day and within fifteen minutes is lost in a fog that is so dense one can’t see ten feet ahead. This short novel is a fictionalized, but true account of the final moments of Rudi’s life and the profound affect he had on the author.

The entire story takes place in a dream while a young man sits at the bedside of his dying father. Set in a South Bronx neighborhood, every evening, at 7:00 pm, the Dancing Man performs his dance to crowds of people on top of a hill. A young man attends the dance performances and becomes a disciple of the Dancing Man. He explores his own inner life and learns from experience how to free himself from karmic trappings and be initiated into the secrets of the dance.