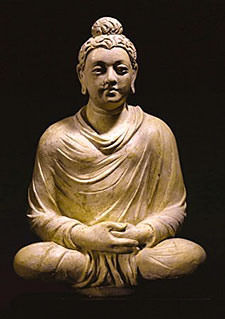 There’s so much talk about terrorism and fundamentalist peoples blowing up the world that fear touches the core of most every person’s being. But terrorism has been around a long time. I don’t mean fundamentalist terrorism, but the terror that every human being experiences in their day-to-day lives. Each person is their own best terrorist; each person has had to deal with inner fear that paralyzes true creativity. But the closer we get to embracing spiritual enlightenment, the less there is for us to fear. Life and death disappear in a oneness of energy that touches on the divine. If we stop terrorizing ourselves, it’s the first step towards building harmony in the world.

As time creeps on its merry way, humanity will once again get lost in daily routine, in self-interest and the competitive spirit that drives people to step over each other. We only remember God in times of tragedy. At all other times, most people are too busy to remember God or humanity or goodness and spiritual work. They assume the bubble will never burst. When it finally bursts, millions of people run to holy places and ask God for help. They don’t realize the most sacred place on earth is the place they are standing. If they muck it up… self-inflicted terrorism starts, problems start… people disconnect themselves from the soul of the universe.

Each and every one of us lives at the center of the universe. What’s missing is consciousness. What’s missing is our ability to recognize creation as it manifests in front of our noses. It seems as if we need tragedy to wake us up. It seems as if tragedy reminds people there’s goodness in the human heart. Let’s see if people will remember six months and a year from now and continue to treat each other like human beings. I think we’ve all been given a serious lesson…a wake up call… an opportunity to open to the universal spirit and let it find its rightful home inside us.

It’s true that forgiveness is the only path to a peaceful world. But people forget that real terrorism starts with the terror every human being has within himself. This terror has plagued people before the World Trade Center tragedy and will plague people long after the tragedy is forgotten. Unless people learn to forgive themselves, there will never be forgiveness on a national and international scale. Each human being has to go into his or her heart and learn to be at peace with himself, his family, his friends, his business associates, etc. Happy people don’t fight wars. They share and love and live with compassion and forgiveness. But it’s rare to find a happy person. Thus we have terror and war and will continue to have them until every human being learns to be at peace in his or her own heart. It’s a long process, but the results are certainly worth it. How many people do you know that live happy lives? To find a happy person is like finding the Holy Grail. Who wants to fight when the heart is full of love?