Spirituality In The Shadow of War 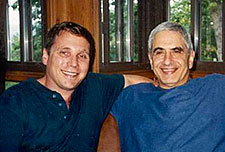 In the winter of 1984, I was travelling with two friends in India. I was 24 years-old and just finished a long service in the Israeli navy. Since I was interested in the practice of yoga, I planned the trip so that we will be able to visit a few ashrams that I’d heard about already in Israel. Thus, we found ourselves staying in the Shivananda Ashram in Trivandrum, which is in the southern part of India.

I still remember clearly one conversation that I had with the secretary of the ashram. He was an English guy who renounced his life in England and moved to live and serve in the ashram. We talked about wars and conflicts in the world and the secretary said that human beings should live in peace, should not hate each other and all the more so should not kill each other. I remember how me and my friends attacked him with tough questions: What do you do when you are faced with irrational hatred? How do you deal with situations in which you have to protect yourself and the people who are close to you? I felt at the time that the English secretary chose an easy path in life, living in a serene and charming ashram, far away from all the real troubles of life. Today, more than 25 years later, I can say that the English secretary was absolutely right, but the questions that we asked him are still valid. 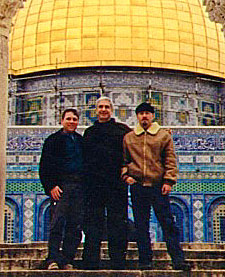 Wars and terror were always part of my life. I celebrated my 7th birthday in a shelter during the Six Days War, and my 22nd birthday on board of a missile boat heading to the shores of Lebanon. Life in Israel is always either in a conflict or between conflicts, and even in relatively peaceful times you can never know how it’s going to be in the next month. So the question remains, how to reconcile this harsh reality with a spiritual practice that is based on opening the heart and transforming all the conflicts to higher energy. In the course of time I learnt a few lessons that helped me maintain my humanity in this environment.

Love is personal, hate is impersonal

I realize that people find it easier to hate the “enemy” when they don’t know anybody who is actually the enemy. When you get to know people it is much easier to open your heart to them. Once you realize that the “enemy” are actually people like you who struggle with the same problems as you do— making a living and taking care of their families— you can start feeling sympathy for them. Hatred is created when the other side becomes impersonal and thus demonic. It is also contagious and spreads like a virus. I can see how my children are “infected” in school and come with hate slogans. In spite of the difficulties I try to get them to know personally Palestinian people so that they will not grow with hatred.

Ideologies can be very dangerous

One of the worst enemies of opening the heart is ideology. Ideologies can blind people and make them forget their humanity. Once people start to believe that their ideas about the world are more important than opening their hearts, they can easily become monsters. It seems to me that no ideology is immune to that, and I personally prefer to avoid any ideology. The funny thing is that when you tell people that you have no interest in ideology they think that you are superficial. To my understanding this is exactly the opposite— our ideas on the world come from the superficial understanding of our mind while the ability to open the heart comes from the inner depth of our soul. 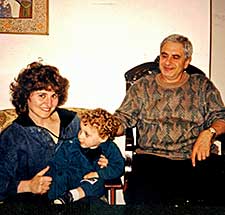 In the past I used to think that there is a political solution to the conflict in the Middle East. I am very skeptical about that now. I don’t think it’s going to happen, at least not in my lifetime. I honestly don’t know what goes on in the minds of the politicians. It seems to me that they thrive on conflicts. If the conflict was over they will have to deal with real problems of their countries: poverty, injustice and social problems. That is much more difficult and the conflict gives them an excuse to avoid this task.

So is there really a contradiction between spirituality and war? I don’t think so. Wars and conflicts are the expression of people’s tensions and the lack of open hearts. They show me vividly what happens to the world when people don’t do spiritual work. However, I cannot be responsible for that. My responsibility is to open my heart, to try to live humanely and to share this possibility with other people who are willing to listen.