Madness Falling From the Sky 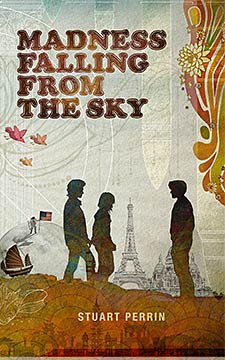 Madness Falling From The Sky (2019) takes the reader on a voyage through the political, sexual, and spiritual upheaval of the 1960’s — a novel that explores the inner and outer landscapes of three characters in their early twenties who try to make sense of an absurd world. Stephen is an artist who attempts to use his artistic talent to explore a profound vision of life; Helen is an actress who works at the Walpurgisnacht Theater where Robert Helprin, the artistic director and playwright, writes and casts Helen in a play about her tragic teenage past in the South Bronx; and Jerry Rosen, who’s path takes him to Paris, Morocco, Greece and Vietnam, searches for truth in a war-torn Vietnam and a politically corrupt world. They are three close friends who grew up together in the South Bronx, and now live Bohemian lives in Manhattan’s Alphabet City (commonly known as The East Village). The novel is woven like a fine textile that guides the reader through a tumultuous and fun-filled world inhabited by assorted dreamlike characters.