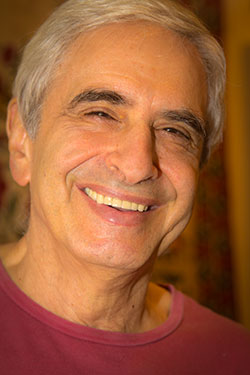 Stuart Perrin, author and master of meditation and Kundalini yoga, is available for interviews to share his knowledge, experience and understanding of inner growth and what it takes to have a spiritual life.

Stuart Perrin has been quietly teaching small groups of students around the world for over 50 years, and is a direct disciple of Swami Rudrananda, more commonly known as Rudi. Stuart studied six years with Rudi. In 1973, Rudi died in an airplane crash, and Stuart was one of three survivors.

Over four decades Mr. Perrin has been interviewed on radio, live television, podcasts, and the popular Buddha At The Gas Pump. He also has a YouTube channel that presents talks from his many live events. He was interviewed by Ronnie Smith of the U.K.

Interviews can be arranged by contacting Stuart Perrin.